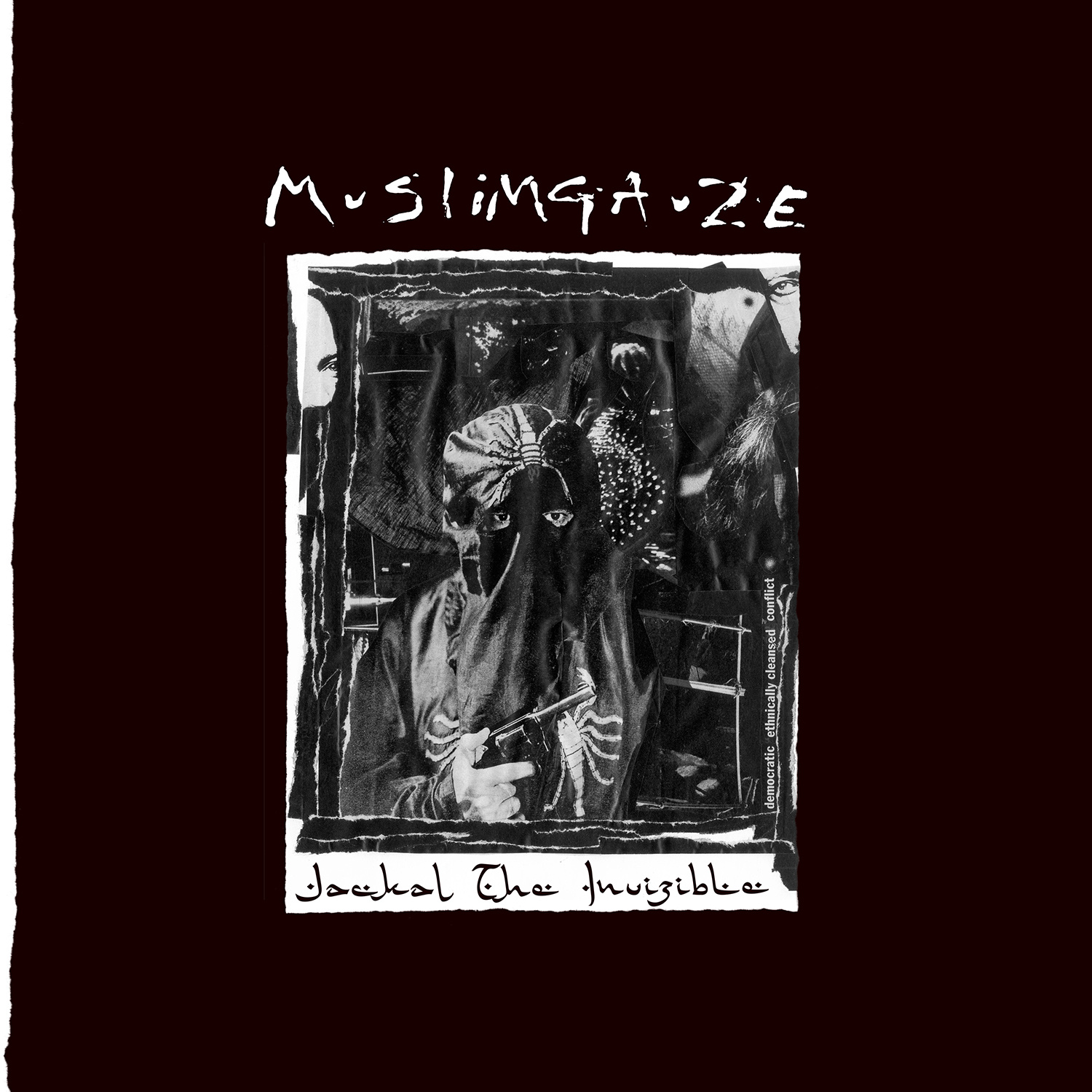 Listeners who know much of anything about Bryn Jones’ work as Muslimgauze know that he was prolific in both his work and in the way he sent out his work to labels and other interested parties (it’s one of the reasons some of that body of work is still being sorted through and released 20+ years after his passing). Fittingly enough for an artist that feverishly productive and often taciturn to the point of frustration, he didn’t tend to give much more information than handwritten track titles on the sleeve of a DAT.

Why he would submit multiple copies of the same or similar tracks to those he worked with, often in totally different configurations, is now a permanent mystery, but it does lead to Jackal the Invizible, essentially a compilation of material from multiple other releases* that Jones had also submitted at the time on its own DAT. All of the songs here were released at least 20 years ago (a few over 30!) and as with practically all Muslimgauze releases they were limited and/or hard to get ahold of now. Jackal the Invizible is both a way to issue those tracks on vinyl as the Archive Series has been consistently doing, and in interesting look into how Jones would organize and sequence his albums.