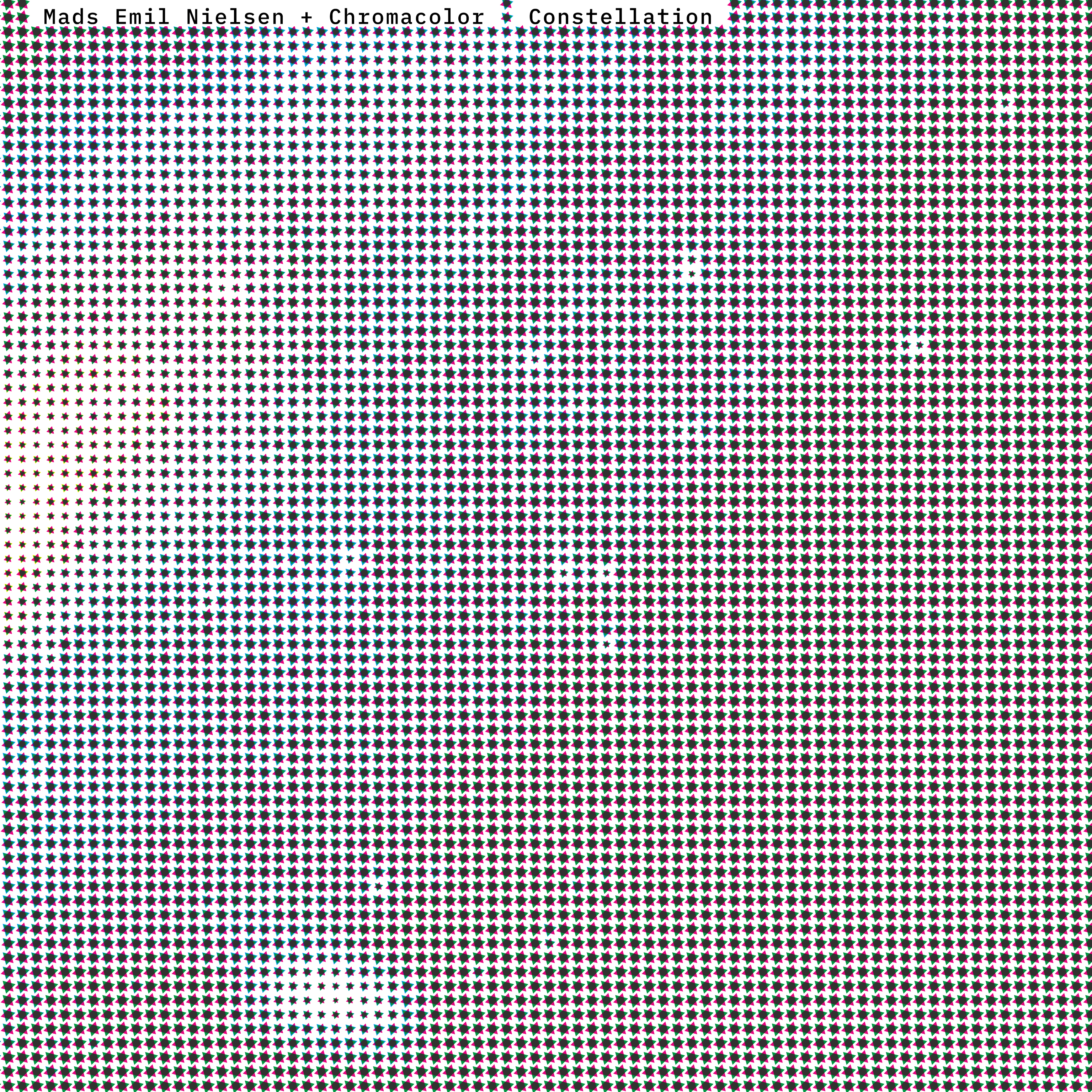 arbitrary presents the first in a series of remix collaborations and releases by Mads Emil Nielsen and Chromacolor, a project from the German sound artist and producer Hanno Leichtmann.

Mads Emil Nielsen’s Constellation (side A) was created by combining several granulations and textures based on a single short recording, extracted from improvisations made with the Buchla synthesizer at EMS, Stockholm – combined with randomly looping orchestral samples, edited and produced in his studio in Copenhagen.

After having heard Nielsen’s live performance in Berlin in 2017, Hanno Leichtmann suggested remixing various of his tracks including Constellation (Remix – side B). For this rework, Leichtmann provides an ambient feel by working with various sources, all of which generate sound using vibrating metal plates in different sizes – including a Premier Vibraphone, a Fender Rhodes and a Hohner Guitaret.