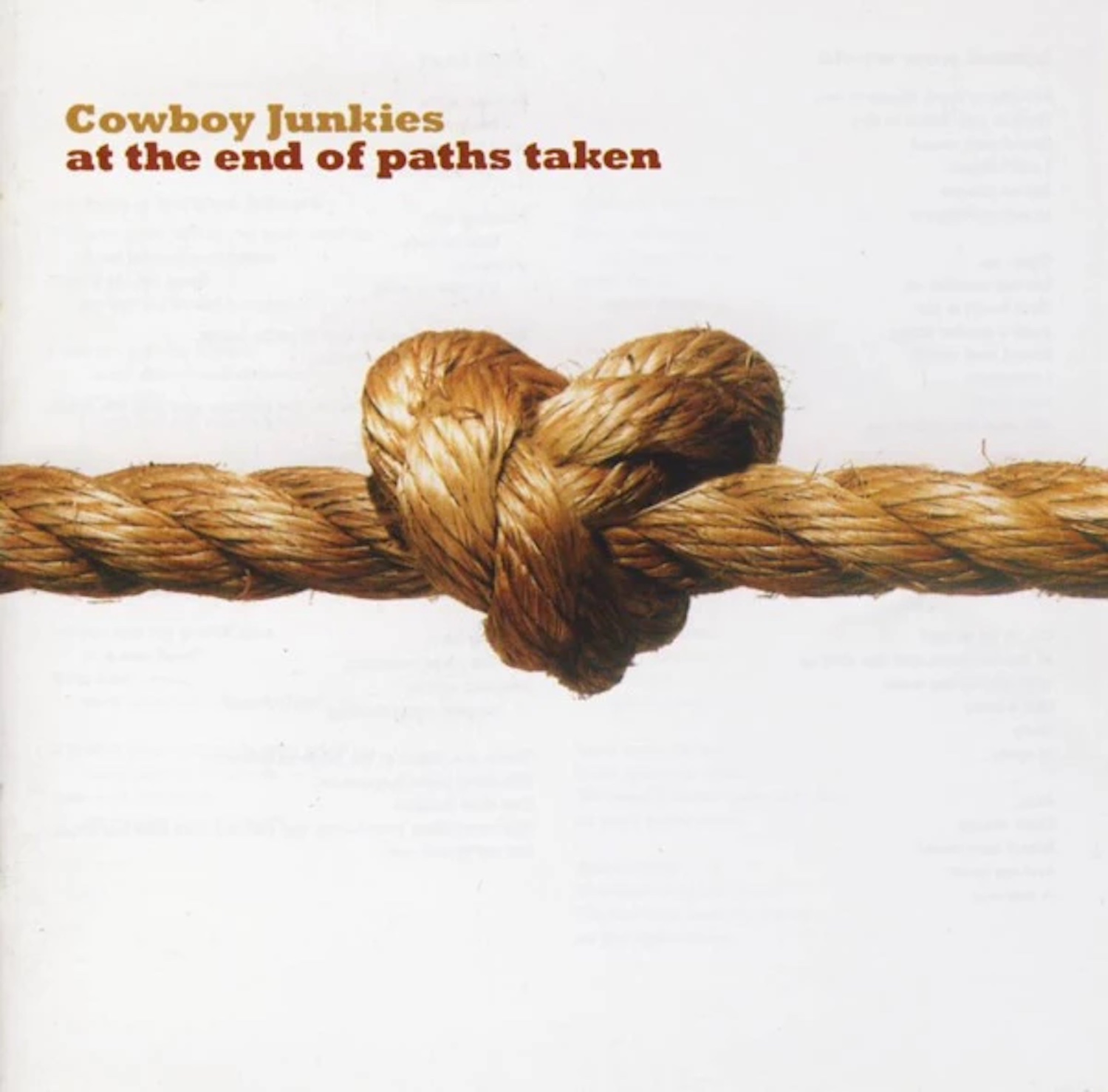 Cowboy Junkies - At the End Of Paths Taken

Entitled 'At the End Of Paths Taken' it was originally released on CD in 2007, and this will be the first time on vinyl.

The musicians are at the point in their lives where their time is divided between their children and their aging parents. One example of At the End of Paths Taken showcasing family is by having the Timmins' father narrate a segment from his book on "Mountain".

The album does not have a coherent style, with lilting ballads, junkyard clang, gloomy experimentalism, folk, and hymn-like music. Despite the disparate styles, the album is held together by the distinctive voice of Margo Timmins, and somehow the different styles feed off each other, making the album feel like a full and fated journey.Margo's voice continues to be the centerpiece of the sound, but on  this album it is augmented by the addition of strings to make the sound even more melancholy

The record is now up for preorder, with an official street date of June 18th.